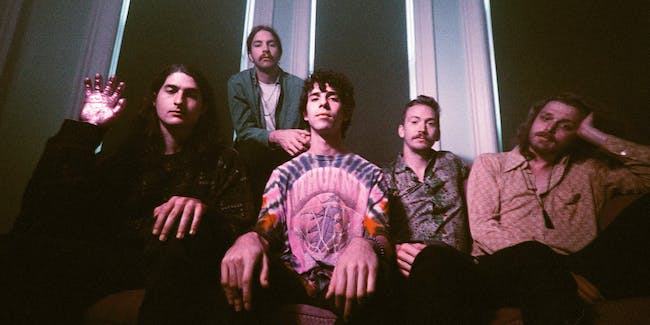 Sewn with patterns of obsessive composition and stitched together with threads of psychedelia, Steady Sun’s cohesion comes from a fanatical attention to detail, and a sheer love for making sound. Their third LP, Indifferent World, was mostly recorded by frontman Dylan Nowik in Ridgewood, Queens, and marks a large evolution from the band’s earlier efforts - it's lusher, thicker, and closer to seemingly always exploding into a million crystalline fragments. On this ambitious long-player, Steady Sun furthers their unabashedly unique and macrocosmic signature Steady Sun is currently in the process of recording a follow-up work at the renowned facilities of Daptone Records, who have previously hosted the likes of Charles Bradley, Sharon Jones and the Dap-Kings, and many more.