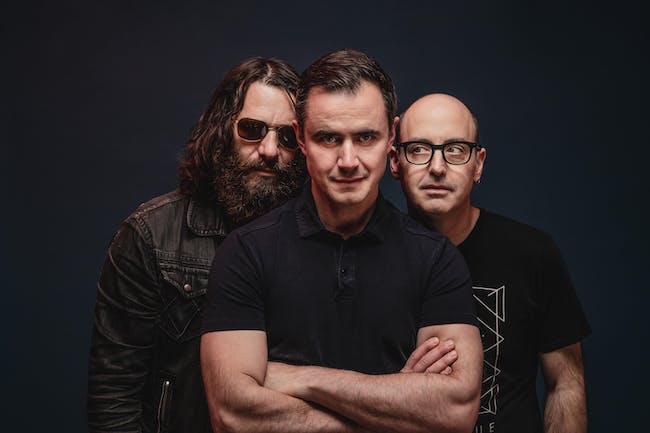 ***This show has been moved to October 2nd, 2020. All tickets will be honored to the newly scheduled show***

The New Deal​ first began in Toronto in 1999, quickly gaining support from Toronto’s underground club scene as pioneers in electronica, recreating the DJ experience with live, improvised music. Soon the band brought their interpretation of Electro House, Trance, Breakbeat and Drum & Bass to the US where they were embraced by the crowds at NYC’s Wetlands Preserve and cultivated a loyal following in the American jam scene.

After twelve years of touring, ​The New Deal​ took a hiatus in 2011; Dan spent much of the next few years touring the world with Electropop band ​Dragonette.​ When ​The New Deal​ returned to stages in 2014 they brought on board a new drummer in Dragonette’s Joel Stouffer. For three years, Dan, Jamie, and Joel enjoyed another successful round of touring and recording, and in 2017 Joel amicably parted ways to pursue other musical interests.

In 2018, ​The New Deal​ welcomed drummer extraordinaire Davide Di Renzo into the fold. After several months of shedding in the studio, the band played their first live shows with Davide in June 2019, and their first new album ​Phoenix​ in September 2019 . Now with the release of ​Age of Discovery​, the band continues their long anticipated return to the touring and festival circuit.

“​One difference in Volume Two is the inclusion of the TND favourites “Home” and “Deep Sun”, two tracks released on previous TND albums. The recording you hear on “Age Of Discovery” is actually Davide’s first time playing those songs. We listened once or twice to some old versions and then decided to just wade in and see what would happen if we tried to play them. I was astounded by Davide’s approach. He took the songs in directions that I had never dreamed of and when the session was over I walked into the control room, mixed a copy of that jam and added it to the album!” – Jamie Shields