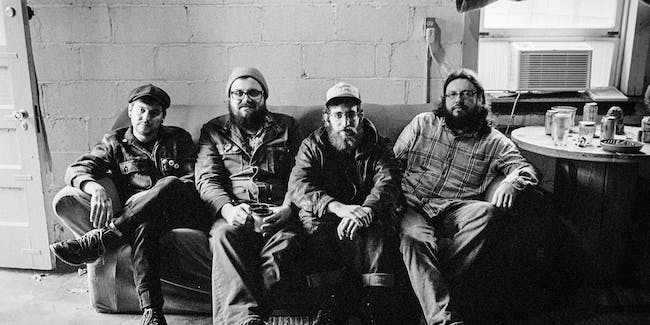 Purchase your tickets to The Tillers & Shelf Life String Band on 10/4 @ 12PM!

The Tillers have been thumping their own distinctive sound of string band style folk music for over a decade, riding it all over the country and across the sea. Four studio albums and one live record have won them praise as modern folk storytellers of the national soundscape.

Fueled by life, family, history, travel and politics, the new self-titled LP is the band’s most engaging record to date.

Purchase your tickets to The Tillers & Shelf Life String Band on 10/4 @ 12PM!

The Shelf Life String Band had a humble beginning in 2007 as a singer/songwriter guitar duo featuring Derek Dysart and Joe Dep. “The Pittsburgh music scene was lacking in local acoustic string music,” remembers Joe, “and Derek and I started performing as the Shelf Life to revive string music in the city.”

The duo quickly became a trio, adding mandolinist Andy Boehm, and the project evolved to incorporate more of a bluegrass flavor. To accomplish this change, Joe modified his playing, making the switch from six-stringer to the five-string banjo. The trio worked for several years to refine a heady blend of original and traditional material, watching a handful of other musicians join and divorce the project. Unfazed as these musicians came and went, the core Shelf Life continued to pursue gigs at festivals, open mics and parties to get their music out to the masses. It was a successful endeavor.

By 2011 the core Shelf Life had landed themselves a weekly gig at The Park House, a bar/restaurant in Pittsburgh’s Deutschtown neighborhood. Now, in addition to one-off gigs, they had a consistent opportunity to fuel the initial conquest… Bringing more attention to string music in Pittsburgh. To keep the crowd interested, they began to incorporate covers of artists one would never hear in the bluegrass style – The Coasters, Pink Floyd, The Meters, Ben E. King, and more.

The Shelf Life had another success on their hands. Bluegrass Night was packed on a weekly basis, and the core strove to build on their successes by moving the trio to a permanent full five-piece ensemble. In 2012, the trio joined forces with violinist Rocky Youhon and bassist Trish Imbrogno, completing the bluegrass outfit now known as the Shelf Life String Band.

“Joe had approached me a few times at shows where we were patrons about coming to play with the Shelf Life at The Park House. But, I hadn’t been to the North Side in years and was a little uneasy to go it alone as a chick with a bass,” says Imbrogno. “When I finally got someone to accompany me one Wednesday, I was hooked. The guys were great players, the songs were challenging, the crowd was awesome, and the bar was a hidden gem in the North Side. I still can’t believe I waited so long! Every week since has been equally as great, and I look forward to the next when the night ends.”

The newly formed five-piece Shelf Life String band immediately began developing their sound, taking on every show possible. Weekly rehearsals lead to additionally weekly engagements and opened the doors to a myriad of high-profile performances. They have shared the stage with Greensky Bluegrass, Cornmeal, Pokey LaFarge, Mac Martin, Gangstagrass and more. The quintet also had the honor of performing for Pittsburgh Mayor Bill Peduto’s campaign at events throughout his election run and was featured during his inauguration party at the Senator John Heinz History Center.

The Shelf Life String Band recorded their debut LP, “Another Evening and Other Tales,” in 2014 that released in tandem with a new beer brewed by Rock Bottom Brewery and head brewer Brandon McCarthy called “Shelf Life India Pale Lager.”