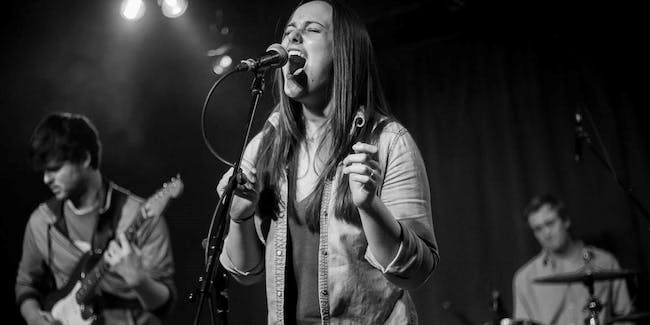 Year of October is a fuzzed out rock band from Nashville, TN. They travel the U.S. in a minivan to bring their dirty riffs and dark grooves to people everywhere. Formed by Josh and Phlecia Sullivan in 2010 while they were attending the University of Kentucky, their original music has been described as a Black Sabbath sound with Amy Winehouse in the lead. Their 2017 album “Trouble Comes” was named Best Rock Album at the Nashville Industry Music Awards, which has helped them become a staple in the Nashville rock scene and led to a more extensive tour schedule. They know how to put on a powerful rock show and pull people in with their dynamics and energetic performances. Be on the look out for new shows and music coming your way soon!